There's A Glow Of A Distant Light.... 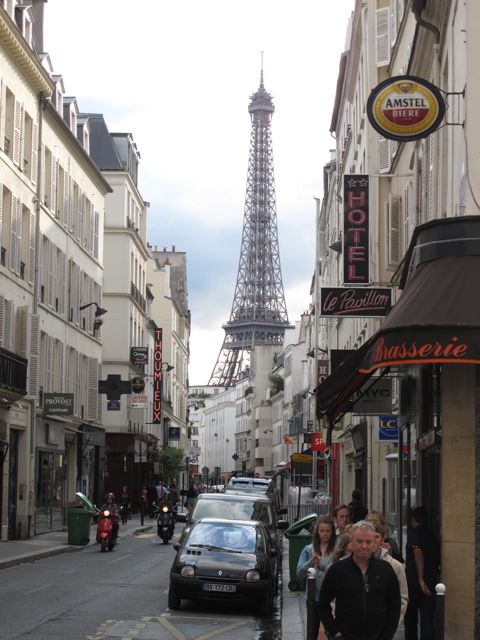 Yes. I'm alive. And yes, I am getting back to "Boughs of Holly." Do I still have work to do? Absolutely. But I'd rather not get into Shoppe talk right now. I need a break.

Since our Shoppe opened seven years ago, vacation time has been extremely limited. I'm also not one to really travel during the summer as I'm not a fan of weather over 75 degrees. You can always layer up to warm up, but how much can you really take off to get cool? Mmmhmm.

This year, the "Mothership", who is experiencing some life changes of her own raising my six year old niece and losing both parents (my grandparents), encouraged me to live life to the fullest when I was invited by a friend of mine to see Madonna. In Paris! As in Paris, France! You know? Thee Paris. 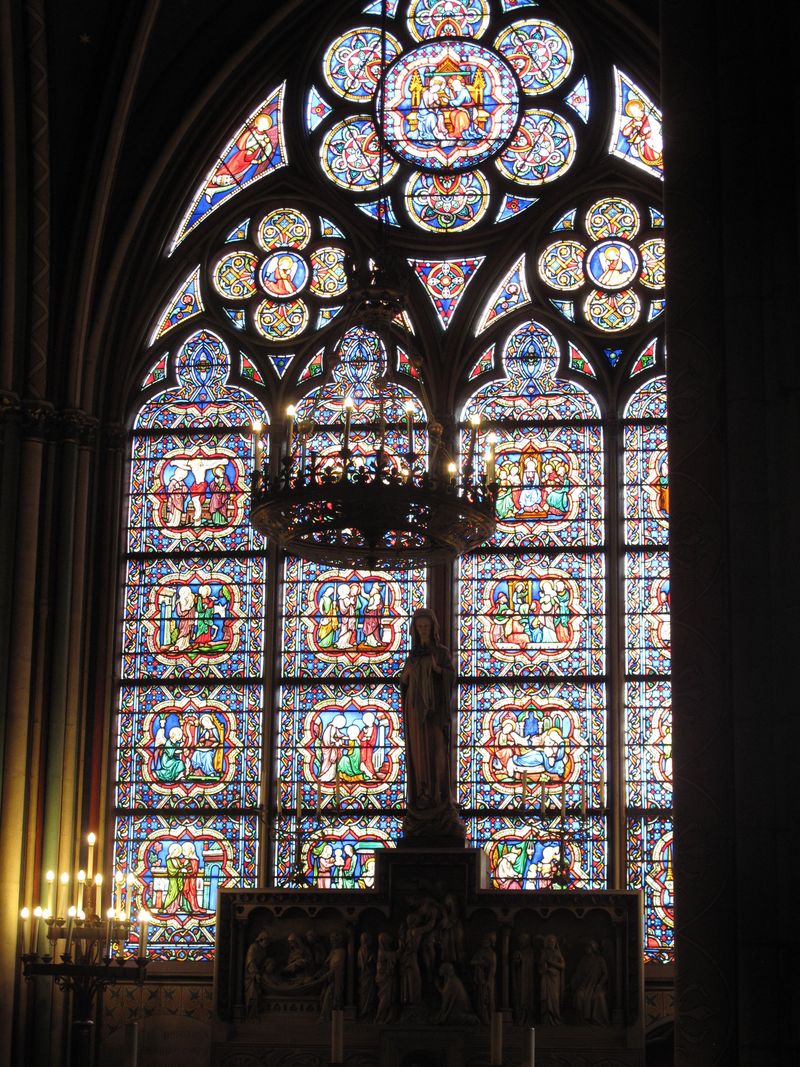 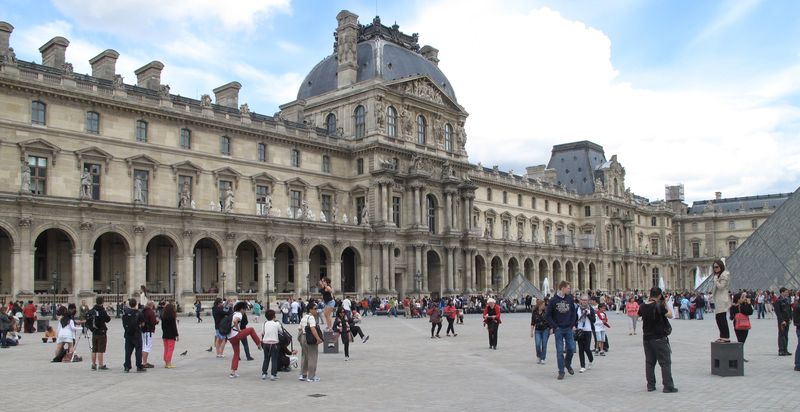 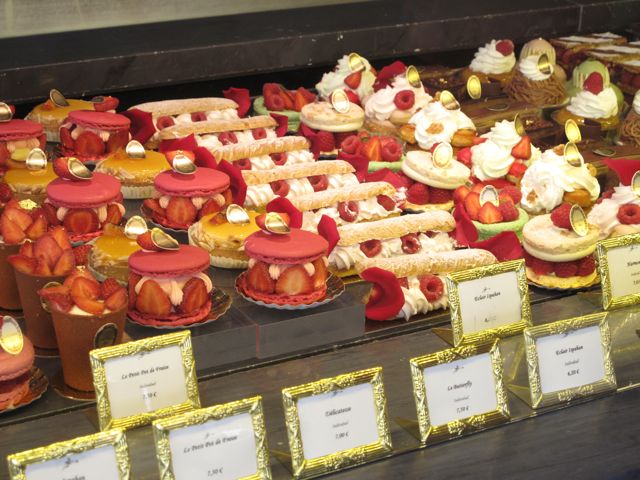 And here's the fun part...I had two weeks to get a passport!

I was um...shall we say "Like A Virgin" when it comes to International travel? I was seriously "stamped for the very first time." Ba ha ha ha ha ha ha. Most people plan a trip to Paris months, even years in advance. I planned it in two weeks. That's the way my life is...on the edge I suppose.

Now, in the past....I've been met with controversy when I mention the name "Madonna." Apparently there is some kind of "rule" where you should never combine pop culture references with quilting, especially Madonna. "There's no place for Madonna on a quilting blog!" Those were the words that greeted me upon opening my email one fine day. If you are a faithful reader than you already know how I feel about this situation seeew let's not go there.

I won't lie, I hesitated. I hesitated a lot. "What about the Shoppe?" "What about my work?" I tend to worry if something isn't done, someone will judge...criticize.

"The noise of a maddening crowd makes you feel like you're going to go insane."

But then I asked myself, "What would Madonna do?" She'd "Turn Up the Radio" to her life and begin her story....

A good friend of mine - David, sent me a message on Facebook that he had just won four Madonna tickets...in Paris. I guess he follows her on Twitter and responded to a contest.

These kids and their technology. Pfffff.

Seeew of course, he couldn't think of a bigger fan than moi. And this is where it gets kind of Pay It Forward-ish...back in 2004 I went with him and a few other friends to Chicago to see her Re-Invention Tour (It's like we meet up every four years for Madonna). Just a little P.S. and B.T.W... that was also the year he got scouted to be a model with Ford Models, stayed behind in Chicago and was soon jet-setting around the world to places like um...Hong Kong. 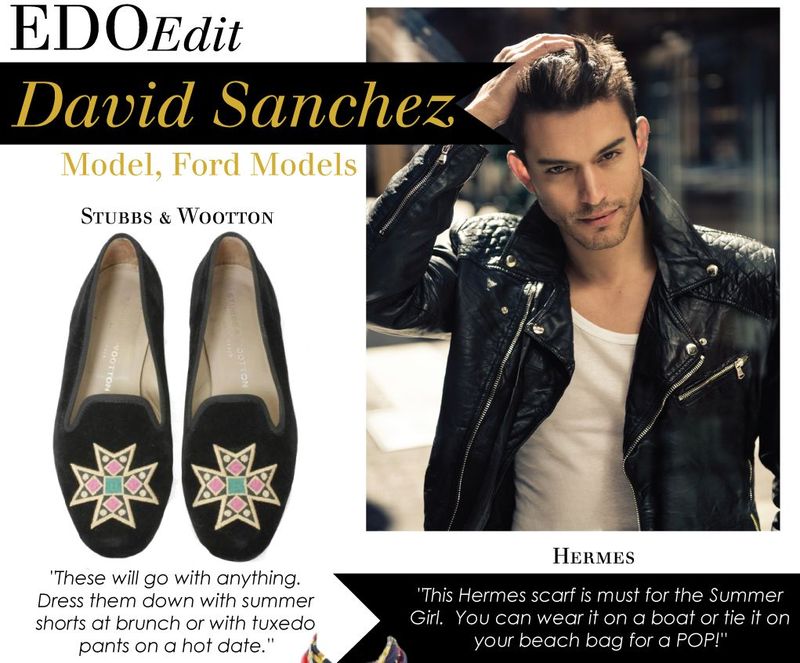 Must be seeew difficult to have a photographer follow you around.

If you've seen First Wives Club, you may remember that Gunilla Garson Goldberg says this to Shelly 'the Barracuda.'  Just an FYI.

Seeew...fast forward through my first international flight (seven hours layover in Toronto...eeeek!), the delayed arrival in Paris, and very quick check-in at a cute little bed and breakfast that screams the "Who Will Buy" sequence of Oliver... And I'm feeling like a truck hit me as I wait at the ticket window for...

Do I need to say that again?

And we were there to pick up...these! 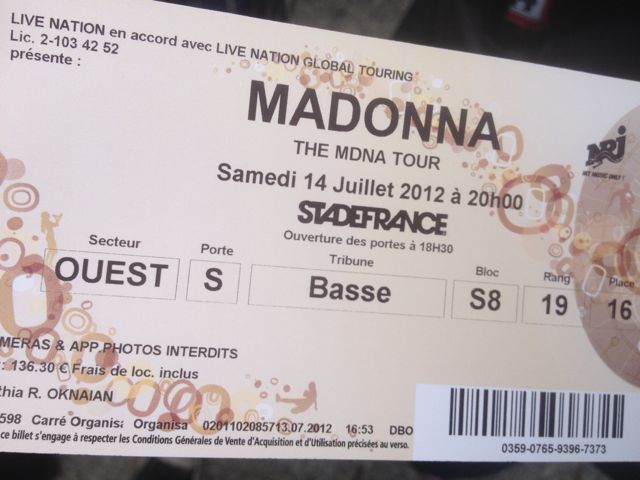 It was like a visit to the Chocolate Factory except I was just handed the golden ticket straight out of the candy bar! I didn't even have to unwrap it! Sweet Mary Jane, Mary Francis and Mary Pete...that's how it all went down. Just like that...."Here you go."

As we waited at the gates I couldn't help but notice our seats were in Section S row 19. Um...what? I was trying to be humble but you know I just have to say what's on my mind:

Isn't that kind of near the end of the alphabet? Section S. Really? It just sounds seeew...um...seeew far away? Well...it was. Kind of. 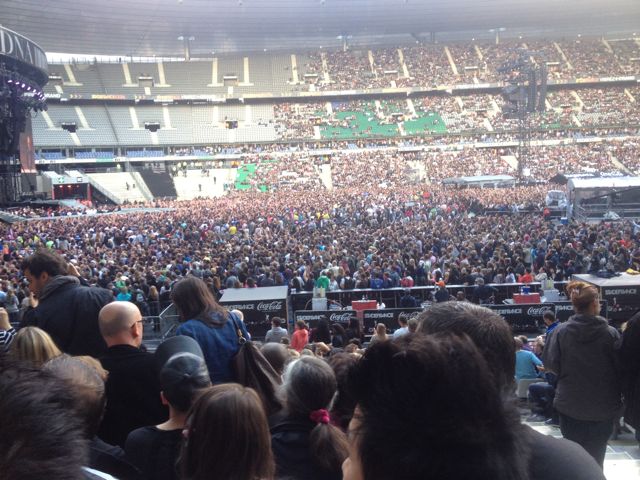 Mmmhm. This is the picture I took from my seat.

I flew thousands of miles to sit here.

Oprah says we should all be writing in our gratitude journal to be thankful for moments like this.

I get it. People fall in love in Paris. They even place a padlock on several of the bridges in Paris declaring their love. 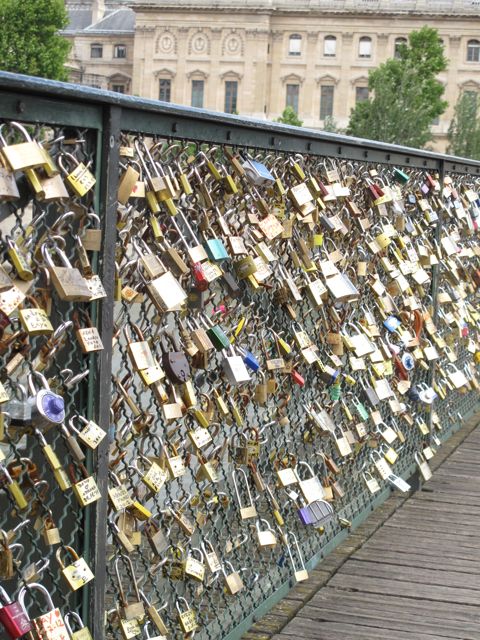 It's magical. Right? But right now I'm only thinking, "Madonna is going to be the size of a pea!" and half of those people who put those locks on that bridge are probably not together anymore. An outdoor stadium is much larger than an indoor arena. 90,000 people will watch her on this night. Didn't really think about that now did ya, Briguy?

As I sat in my seat "miles away" I kept thinking, "This is a joke, right? This is all part of the eventual "surprise?" Everyone who I saw walk by that looked like they were "someone" important didn't stop at our row. And I only know this "look" because of my days of hosting VIP's at Disney...there's always a "look." It's that "I have the power to give you an Oprah sized hook-up" look. As the people in front of us lit up countless cigarettes and puffed their precious toxins in my face...I was starting to give up on the magic of Paris.

But Oprah must have heard my whispers because the winds of change swept in...blew that cigarette smoke in a different direction and something magical happened!

That someone "important" did show up!

"Is this the David Sanchez party?" said a female voice from behind.

I could have died. Goosebumps. Crazies. It was insane. She said, "David...how would you and your friends like to view the show from Madonna's pit?" She then proceeded to pull out four very magical wristbands to Madonna's "Golden Triangle!" 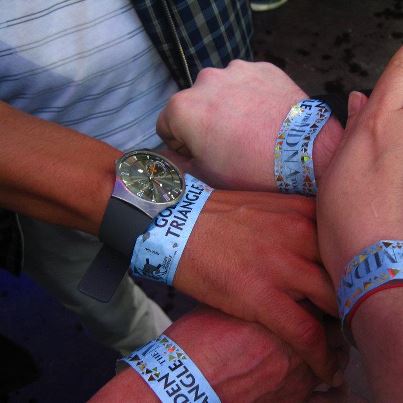 Actually we jumped up and down like Mary Jane clutching her pearls... and made sure the people around us witnessed this gift called...luck. David's mom was in tears! Helen was in tears. Heck..I was in tears! It was as if we were called down for the "Price is Right" but only...fabulous!

For all of the dreams I made and saw come true working with Disney this was beyond my own wildest dream! Here I was in Paris. In the middle of Madonna's "Golden Triangle" right smack in the middle of her catwalk!

"I'm so sick and tired of playin' this game, we gotta have fun if that's all that we do..." 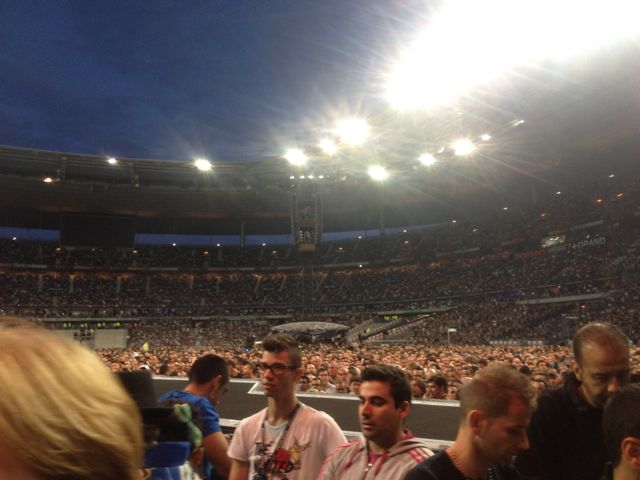 Um...that's her catwalk.  Completely fascinating. And hi...this is what Madonna can see when she's performing! Lights. Crowds. Amazement.

And here's where it gets really good. As we are standing there...guess who walks right by us into Madonna's Golden Triangle?

I know. I know. Many housewives had their dreams shattered with Anderson's revelation this summer but trust me, everything will be ok. It only gets better. This vacation was like everything from my past was coming to full circle as I had breakfast with Kelly Ripa and Walt Willey (Jackson Montgomery on All My Children) back when I was hosting VIP's at Disney! "Hey girl!"

Now keep in mind...when you attend a Madonna concert, never plan for it to begin on time. The woman is notoriously late. Up to an hour. But that's ok. She's Madonna. She has spent nearly 30 years earning her reputation and we love her for it. Contrary to criticism...she does sing! The woman has won Golden Globes for her work on Evita and the recent, "Masterpiece." And...here's a deep thought from me to you...

With Whitney and Michael now gone, she is one of the last of the big 80's icons who still can out-perform this younger generation of pop tarts!

P.S. She's never shaved her head or had a public breakdown.

With that said...the show began and here she was...right in front of me!

"Gotta shake up the system and break all the rules, gotta turn up the radio until the speakers blow!" Epic. That's the only word I can think of to describe this entire experience.

Obviously, the Madonna concert wasn't the only thing I did. While I was only there for four nights and five days (with two being completely dedicated to travel) I did manage to take an adventure to Disneyland Paris. It really is quite another long story about how I got to the park...but here look... 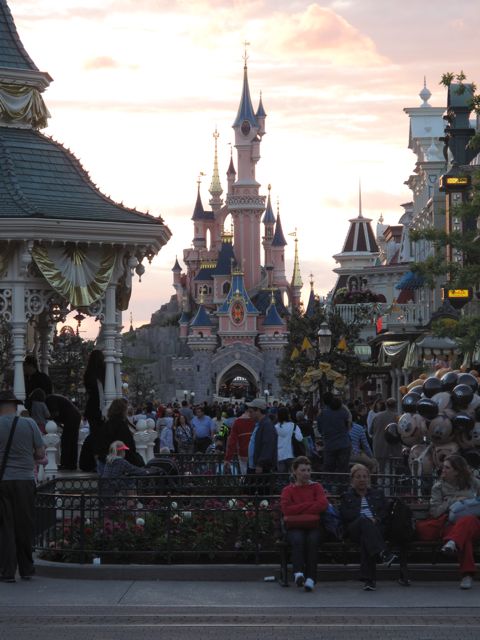 There she stood! The iconic Sleeping Beauty Castle in all her madgesty.

I remember back in the 90's when I began work with the Walt Disney Company thinking..."Will I ever get to go to Disneyland Paris? Will I ever get to see this version of this legendary castle?" And then here I am...trying to hold back the emotion of it all. And I'm completely by myself in France!

Ya know... I've heard about how "when you wish upon a star your dreams come true."

Really? Some cricket is going to tell me that's all I have to do?

I can tell you everything good that has happened in my life has been a dream at one point along the way! It's not always about just a dream though...you definitely need to have faith to see that dream through and always follow the glow of that ever seemingly distant light.

What do you believe? Do dreams come true? Have you had a dream come true?

Inspire the difference and I'll be back with more ~ Brian